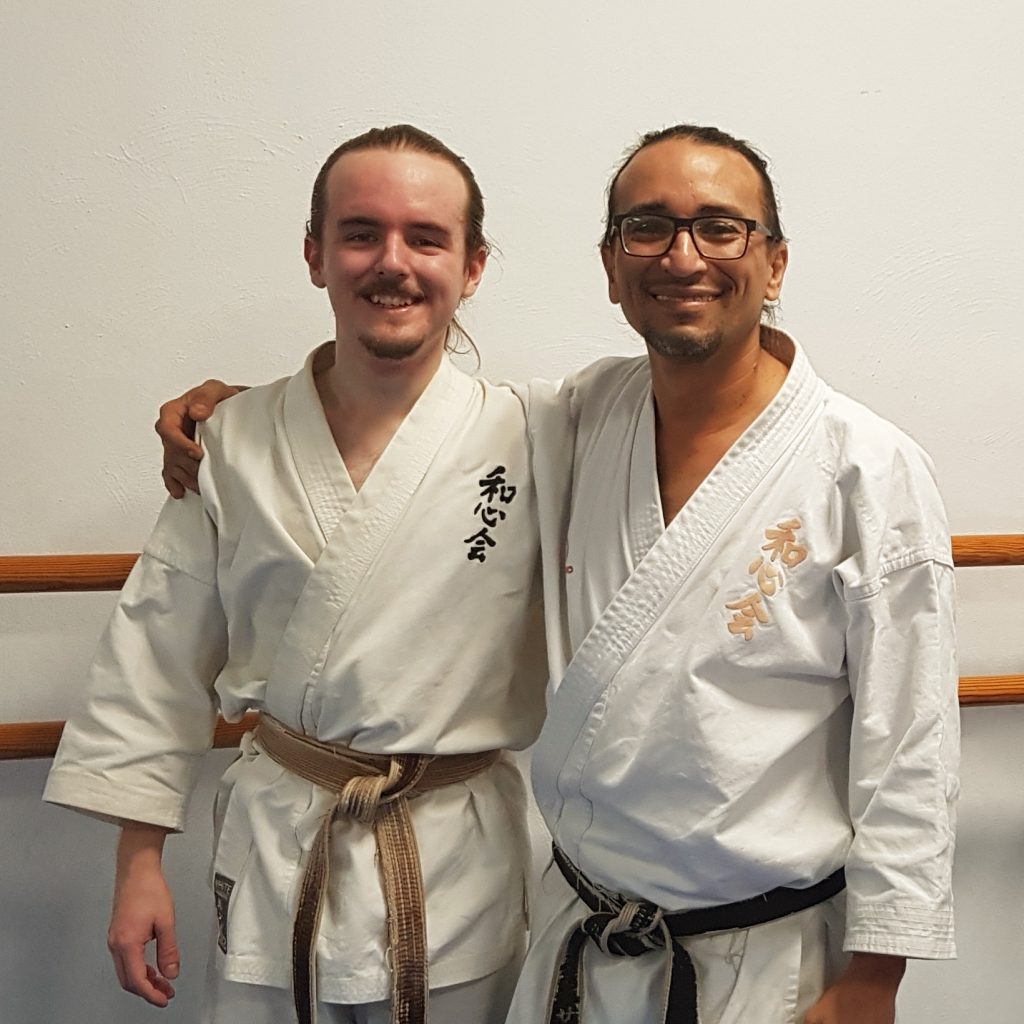 The principle instructors at Washinkai España are Geovanny Sanchez Salazar 4th dan and Elliot Morton 3rd dan. They have both been trained to the highest standard and their qualifications are recognised by The World Karate Federation, The Karate Federation of Japan, The British Traditional Karate Association and The Spanish Karate Federation.

They work hard to ensure that Karate is taught in a safe environment where students learn and have fun whilst acquiring skills in a recognised martial art. Students ages range from 5 years to 75, which just goes to prove that you are never too young or too old to learn a martial art.

Geovanny Sanchez Salazar trained in Ecuador in the style of Wadu Ryu before moving to Spain where he learned Washinkai Karate. In addition to being a Black Belt in Washinkai, Geovanny also holds a Black Belt in Goshin which is a style of martial art used in police training and Taijutzu which is a defensive and forms part of the Washinkai syllabus. The word Karate means “with an open hand,” and all of the skills which Geovanny teaches are defensive and intended to help students build confidence, become more aware and focused in their daily activities.

Elliot Douglas Morton is also a 3rd Dan Blackbelt in Washinkai Karate. Both parents and his brother Oscar are Black Belts and train regularly at the Sports Centre in Javea. Elliot instructs students both at Lady Elizabeth School in Jávea and at the Jávea Sports Centre. He currently holds the first level Monitor certificate and is certified to work in Spanish Schools.